Coming Together as a Team #ForeverMattFast

Earlier this year, our colleague and friend Jessica Fast suffered a profoundly tragic loss when her husband Matt died suddenly and unexpectedly at the age of just 29. To say that Matt was a great guy with many friends would not get close to the reality of his selfless and inspiring contribution to the world.

Matt was a patriot. He enlisted in the U.S. Army Reserves while still in high school and served tours of duty in Iraq and Afghanistan. He worked as a police officer in the city of Frederick, Md. He was known to all as the guy you could count on and who would protect you.

And then there was Matt and Jess. From the moment any of us saw Matt and Jessica together, you could tell that they were a great couple; the kind that just fit together and worked.

At our small business, the tragedy shook everyone deeply. In the haze of the ensuing days and weeks, we tried to support Jessica the best we could, in whatever way we could.

Then came news that Jessica was pregnant. She is due with Baby Fast in January 2017. We couldn’t believe it either. The depth of emotion that all of these events have brought to the surface is sometimes too much to talk about. And so we push on; supporting Jessica, acknowledging her loss and trying to find footing on that tricky ground between recognizing the enormity of grief and returning to some form of normalcy.

One way we and others found comfort was in joining Jessica for a celebration of Matt’s life, held at Ballenger Creek Park in Frederick (Matt’s hometown) on September 24th. September 9th would have been Matt’s 30th birthday, so Jessica and her family and friends threw a party in his memory and honor. About 200 people attended from the area and all over the country, flying in from as far as Florida and Kentucky.

The party was fantastic; a meaningful and fun event that allowed our team and many, many others to come together in more ways than one. Matt’s family and friends also raised money to benefit the Child Advocacy Center of Frederick County (CAC), an organization that meant a lot to Matt and his colleagues in the police department.

Leading up to the event, our team joined a community of supporters and friends to quietly help out. We called Frederick businesses for donations; asked our clients and partners for support; worked with local media to tell the story; gathered cornhole boards; and even spread the word about a #ForeverMattFast Snapchat filter. None of the effort was carefully organized, it just sort of happened.

And, to be sure, we played a small role, simply supporting the extraordinary effort of Jessica and her and Matt’s family to pull the event together. I’d like to extend a thank you to the businesses including several of our clients who made donations directly to the Child Advocacy Center or to the party, including:

On the morning of Matt’s party, the day started out unexpectedly overcast and misty. As I shuttled my kids to and from soccer games, I kept looking at the forecast and the sky, hoping that rain wouldn’t spoil the day.

Right at 2 p.m. when the party was scheduled to start, the skies cleared. What had been a gray day turned sunny and warm with a brilliant and clear blue sky. It stayed that way all afternoon. 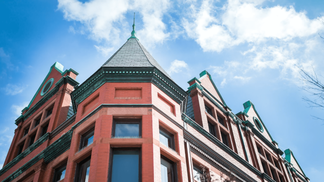